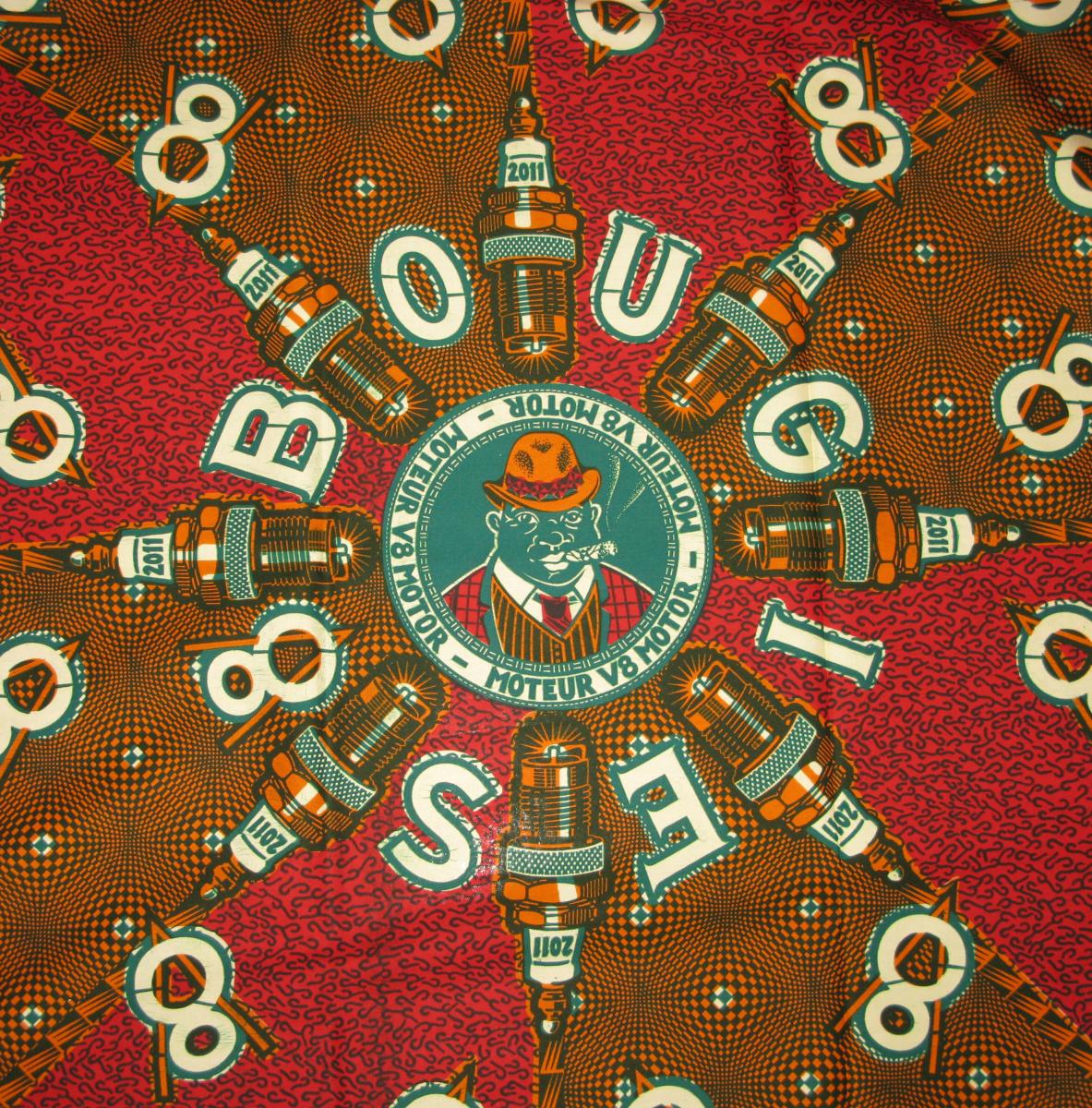 In May 1940, a Portuguese trader named Nogueira arrived in Helmond in the Netherlands to order a custom-made Wax Block. He conceived an idea for a design with six spark plugs (bougies), indicating that its wearer had a six-cylinder car, a sign of wealth.
During the Second World War, Vlisco was unable to carry out production operations, but numerous trial productions with ‘Six Bougies’ were conducted. After the war, this supply of fabric constituted the first shipment to the fully dried-up Congolese market, and it appears to have been an immediate success. The original featured a woman instead of a man, which allowed the design also to take on a different popular meaning: the woman in the middle is strong enough to take on six men.